Definitely one of my favorite experiences from writing UNconventional Nurse: Going From Burnout to Bliss! was interviewing the five nurses who so graciously gave of their time so that other nurses could see examples using nursing experience that aren’t in traditional settings.  Each month, I will highlight a successful unconventional nurse in the nurse spotlight tab.  I am very excited to add to the spotlight section as we go forward because I am finding more nurses going the unconventional route to success and I love that!

This month’s UNconventional Nurse Spotlight is on Lori Nolan-Mullenhour.  I am including her story as it appeared in my book. 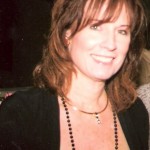 Lori is the Director of Emergency Services for a Southern California hospital system with more than 170 staff members, 110 of which are nurses. Lori was enjoying a rare day off when she spoke with me; however, she was the administrator on call and within the first five minutes of our conversation she needed to excuse herself to take a call from a nurse on duty in the ER. Lori really embodies how the nursing profession is an incredible career that allows nurses to practice in an acute care setting, conduct ground-breaking research, and climb the corporate ladder of success.

Lori makes nurses believe that they can do anything they desire. When I asked Lori what drew her to nursing, she said, “I always wanted to be a nurse. I remember that I couldn’t wait until I was twelve so I could volunteer at the local hospital.” I wondered if Lori had role models for this early passion to be a nurse and she indicated, like many young women, that the Cherry Ames book series had had a positive impact; however, she also babysat for a nurse who ran an emergency department and Lori read her emergency nursing magazines.

A pivotal moment in Lori’s career was when Dr. William Shoemaker asked her to become a research associate. These studies were about optimizing a patient’s hemodynamic status, resulting in improved patient outcomes. Some of the research they did was the original research for pulse oximetry technology that is used today. Lori then moved into computers and the clinical information systems at EMTEK Healthcare, a division of Motorola, Inc. She was part of a core group that grew, eventually becoming Eclipsys, where she excelled at leadership and became a vice president. Following a round of merger and acquisition activity, Lori was offered the opportunity to travel less and leave the corporate setting. For the past eight years Lori has operated in her current role as Director of Emergency Services, five of those years as an Interim Manager. The hospital sought to have Magnet status certification and Lori needed to obtain a Bachelor’s Degree in nursing to be placed as the Active Director. Lori told me she was much more interested in an MBA because she was accustomed to running a business. However, she loved her role as the Director of Emergency Room Services and knew this was necessary to continue in that role. Typical of Lori, she exceeded expectations and obtained her Master’s Degree in Nursing with a focus on Leadership.

Lori deals with many nurses and many nursing issues. I asked her why nurses leave nursing and her reply was, “It’s a hard job emotionally dealing with the sick and dying and people that have lost control, and the only person they can take it out on is the nurse. It’s high risk to your own safety and there are bureaucratic regulations imposed that affect the ability to provide direct patient care. It’s hard for some nurses to maintain that level of care and compassion. We don’t have enough nurses desiring to be nurse managers, because they don’t see the reward for the level of responsibility.” One of the many things that impressed me about Lori’s career was her ability to keep one foot in nursing, working some weekends, while achieving great success in the corporate world.

What was her advice to nurses who might want to try something different and break out of the traditional role of nursing? “First and foremost is to do an amazing job of what you’re doing. First learn the art and skill of nursing because that is what will ultimately serve you. Foundation first, then follow your dream.”