Posted on February 28, 2014 by Michelle Podlesni 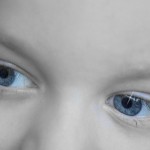 It was a treat when I went to my daughter’s final basketball game yesterday; it was being played at a school where twelve years prior, I was the school nurse. Being a school nurse was some of the most enjoyable time spent in my nursing career and was completely unexpected.  Right after deciding to leave the corporate world, a dear friend told me about this K-8 school that needed a nurse for several months and would I be willing to help them out.  I marveled how once again my career choice of being a nurse allowed me an opportunity to work and appreciate a new setting.

The thing I enjoyed the most about this new experience was seeing things through the eyes of many of the children I met.  They were so open, honest and heart felt in their comments.  Most of the time they only wanted a Band-Aid, ice pack or to take their temperature.  Very rarely did they want their parents to come and pick them up from school.  And the very young boys and girls never came in alone, they always had a friend that would walk them to the health office and sit by their side, holding their hand.

Being the school nurse I was asked to participate as a judge for the science fair and to assist with some of the labs and experiments.  One of the funniest memories was when two fifth graders came into the health office and asked if I would assist them by taking blood pressures because they wanted to measure its physiological and emotional effects.  John would be the subject and Eric would be the reporter.  So Eric asked me to take the first blood pressure reading while John was resting.  Then they asked me to meet them on the field where John would run around the track and I would take his blood pressure after exercising.  Eric said that for the last reading I would need to return to my office and he and John would meet me there later.  After lunch, Eric and John came into the health office and Eric asked John to sit down.  Eric proceeded to say, “John you know your dog, well your mom just called and… well it isn’t good news…  Nurse Michelle, take his blood pressure now!”  And here I was, twelve years later watching my daughter play basketball with the daughter of the dear friend that said, “This school is in need of a school nurse…”.

Many times in working with nurses that want to make a big change or try something new, I hear the question, “Can I really do this?”  I show them how to look at themselves and their nursing experience with new eyes.  We reframe their point of view objectively and see how so many of their skills transfer perfectly when becoming a business owner.  We all need friends like Pooh when he told Christopher Robin; you’re braver than you believe and stronger than you seem and smarter than you think!

3 Responses to Reframe Your Thinking…